About two hours west of Melbourne, up the Sunraysia Highway, you reach the town of Avoca, the gateway to the Pyrenees Wine Region in Central Victoria. Avoca is an historic gold mining town, but it is more well known these days for the 25 or so cellar doors. Some offer cafes, restaurants or accommodation, but all offer particularly good wines, especially rich reds. We’ve just spent a long weekend sampling the wines from  the area – Amherst Winery, Blue Pyrenees, Counterpoint, Dalwhinnie,  Mount Avoca, Quoin Hill, Sally’s Paddock (Redbank), St Ignatius, Summerfield and Warrenmang. To do them all justice, I will divide my treatment of the area into three parts, with the third part featuring the Warrenmang Vineyard and Resort. 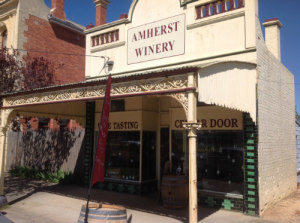 Amherst Winery was established in 1989 with a planting south east of Avoca, but operates through cellar door in the main street of town. It is family owned and operated and is known for its cool climate hand crafted shiraz, although our favourite was the  2012 Chinese Gardens Cabernet Sauvignon which should cellar for at least 10 years. 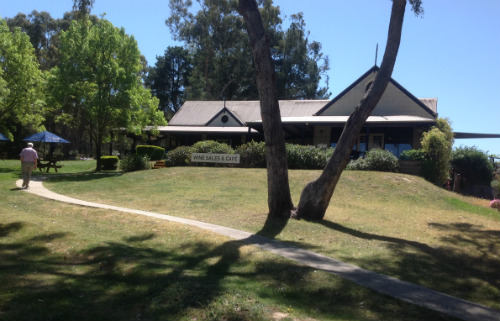 Blue Pyrenees is the winery that started the whole development of this area as a cool climate wine area back in 1963, as Chateau Remy. It is now 100% Autralian owned and all wines are made from grapes grown in their own local vineyards. It has a large wine list with the Sparkling wines being the flagship and some varietals only available at cellar door. The 2008 Estate red blend won five gold 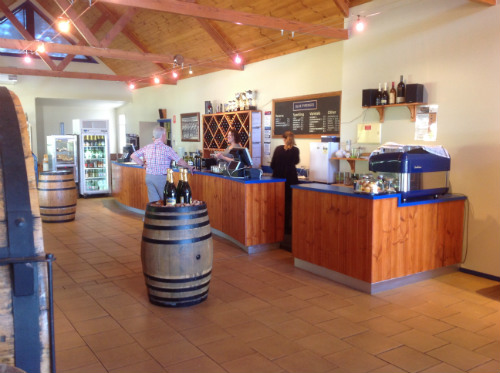 medals, the 2012 Shiraz won best wine of show at the 2014 Australian Cool Climate Wine Show, while the Midnight Cuvee 2010 has just won the trophy for the top Australian Sparkling Wine. We also thought the NV Luna Sparkling to be very good value for money, buying some of that and some 2009 Estate Blend (Cab-Sauv, Shiraz, Merlot). The cafe and restaurant were very well attended while we were there and the food looked and smelled amazing. 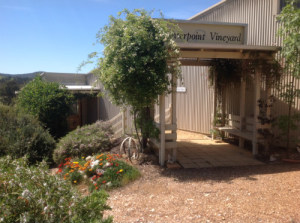 Counterpoint Vineyard is a very small family run winery established in 1976. There is little or no irrigation used, and all aspects of the growing and wine-making process are done by hand, producing intense elegant wines. Vines are hand-pruned, hand-tended and hand-harvested. While a mechanical crusher has replaced the foot, grapes are fermented in open vats, basket-pressed and matured in small oak barrels. Apart from the main plantings of Shiraz and Cabernet Sauvignon, the 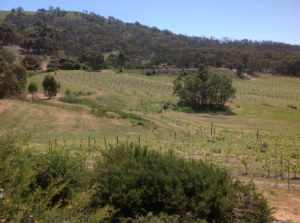 owner and winemaker, Campbell McAdam, likes to experiment with small quantities of varietals such as Viognier, Cabernet Franc, Nebbiolo  and Sangiovese which are available from cellar door, or via the mailing list, on occasion. There were four types of wine available for tasting at the time of our visit – the 2008 Corelli Cab/Sauv/Merlot, the 2009 Scarlatti Shiraz/Cab, the 2010 Nebbiolo and the 2010 Cab Franc –  all very affordable and drinkable, so we bought one of each. 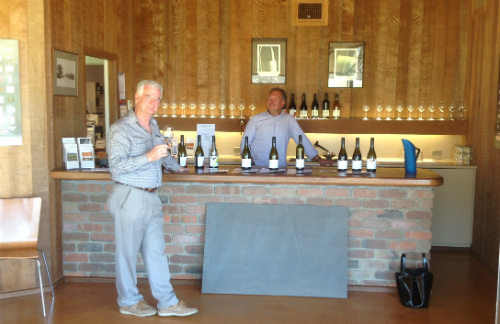 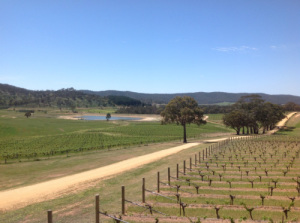 Dalwhinnie Wines, also established in 1976, is one of Victoria’s oldest family run vineyards with an outstanding reputation based on its Shiraz, Cabernet Sauvignon and Chardonnay wines. Dalwhinnie vineyard is situated in a unique amphitheatre that has its own meso climate. The site is totally frost free despite its high elevation, while the temperate climate and poor soils tend to favour Shiraz production.  Wine critic James Halliday rates these wines between 94 and 96

points, which is quite a recommendation. There are three ranges of wines – the entry level The Hut, the Moonambel and the Single Vineyard wines. The best of these single vineyards, The Eagle, is not available for tasting. However, the Pinnacle Shiraz 2010 got our vote as the best on offer and we also rate the Moonambel Shiraz 2012 very highly. The view from the deck is wonderful and tempts you to spend the afternoon there snacking on the cheese and antipasto plates available. Accommodation is available at the Eagles Nest B&B. 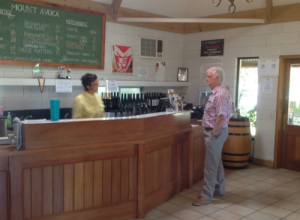 Mount Avoca planted their first vines in 1970 and after a few years of supplying grapes to other winemakers, they began their own commercial foray in 1978 and achieved gold with their first vintage of Cabernet. By 2010 they had won over 70 medals and acclaim for the Reserve and Limited edition wines. Unfortunately the floods of 2011 wiped out most of that year’s vintage. There are four ranges – Moates Lane, Growers Blend, the Estate range and the Limited Release. The 2013 Estate Sauvignon Blanc has recently won the trophy for the best Victorian Sauvignon Blanc, while the NV Jack Barry Sparkling Shiraz has won two trophies and seven medals from Sydney and Western Victorian shows and four and a half stars from Winestate magazine. Our favourite was the the 2010 Estate Shiraz  which won gold at the Adelaide Wine Show. The facility offers a BBQ area, children’s playground and petanque piste as well as cheese platters and gourmet hampers. The accommodation includes the old Homestead as well as three Eco-Luxe lodges. 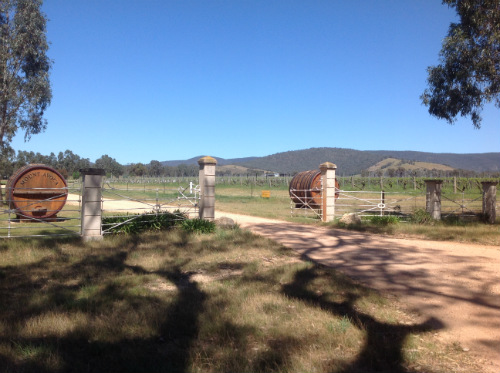