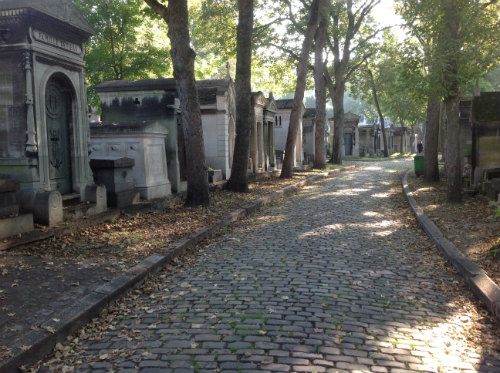 In Europe an interest in cemeteries is not considered morbid or unnatural, for they contain the mortal remains of some of the most famous people in history. The most famous of the French cemeteries is the Père Lachaise Cemetery in Paris. On November 1st and 2nd, Parisians flock to the cemetery to celebrate All Saints Day and the Day of the Dead. But on any given day the cemetery is alive with tourists looking for the famous names. The list of celebrities of the past includes Rossini, Pissaro, Seurat, Chopin, Corot, Molière, Delacroix, Balzac, Bizet, Proust, Modigliani, Oscar Wilde, Edith Piaf and Sarah Bernhardt – to name just a few of the well known ones. The cemetery also became a resting place for the Americans Isadora Duncan, Jim Morrison, Gertrude Stein and Alice B Toklas who died in France. 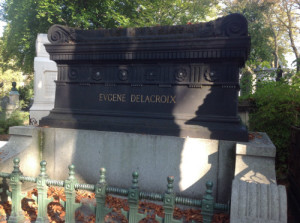 Père Lachaise Cemetery opened in 1804 at a time when the other city and churchyard cemeteries were literally full to overflowing. The cemetery was slow to acquire tenants, so the planner in charge arranged to transfer in some bodies of notable people such as Moliere and La Fontaine to impart a glamour to the cemetery and encourage burials of affluent and important people. 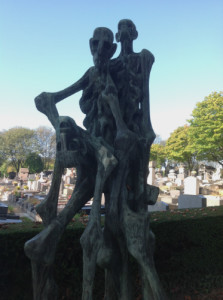 And it’s not just who is interred here that inspires wonder, but the very appearance of the ornate and dramatic tombs and memorials that dot the grounds. Much of the funerary sculpture is intended to be appreciated and sometimes to give warning or perhaps make a joke. There is no joke along the Eastern perimeter, however. This area contains memorials to the victims of concentration camps of WW2, French deportees who were forced to work for the Germans, resistance fighters and thousands of other missing persons from the war. Poignant sculptures of emaciated bodies demonstrate the despair and oppression suffered by these inmates. There are also memorials to those who lost their lives in a number of plane crashes in recent decades. 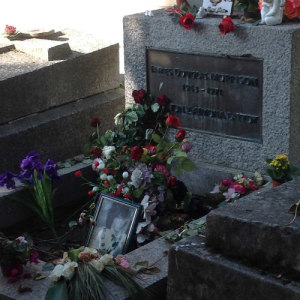 Two of the most visited graves in this cemetery are those of Jim Morrison and Edith Piaf; they certainly were there in numbers on the day I made my pilgrimage. Morrison was living in Paris at the time of his death, allegedly of a heart attack, but there is still some speculation about that. He was secretly buried the day after he died without any autopsy, so he may not even be there. Despite that, his grave continues to be visited by his many fans who leave flowers, bottles of alcohol and graffitti around the site. It is barricaded off, but that does not stop the adoring public. When French chanteuse “the little sparrow” Edith Piaf died in 1963 forty thousand people broke through barricades at the cemetery to pay her homage. 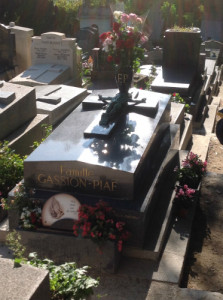 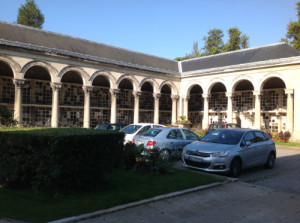 Isadora Duncan died in a freak accident in Nice in 1927 at the age of 48. Her ashes were joined with those of her children, who had also met untimely deaths, and interred in a niche in the Columbarium beside the Crematorium. 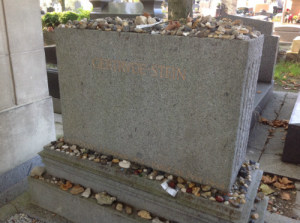 Gertrude Stein’s grave is somewhat plain and unremarkable except for the fact that on the reverse of her headstone is the inscription listing Alice B. Toklas, signifying they are together again after a twenty year separation. However it continues to draw admirers, as the large number of pebbles placed around and on top of the memorial (in the Jewish custom) testify. 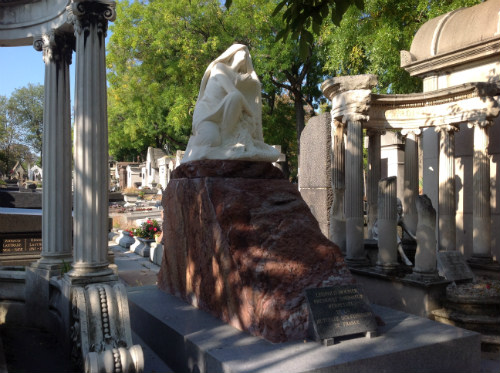 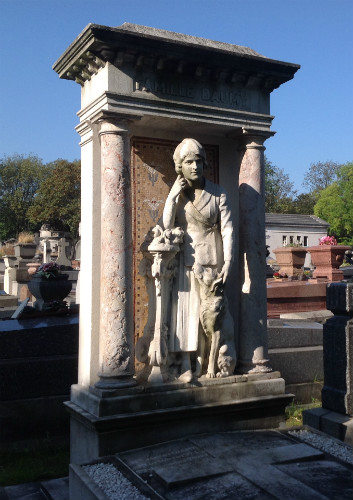 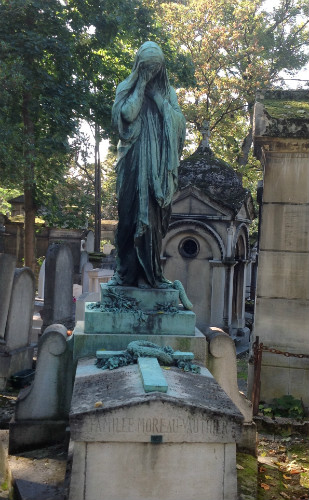