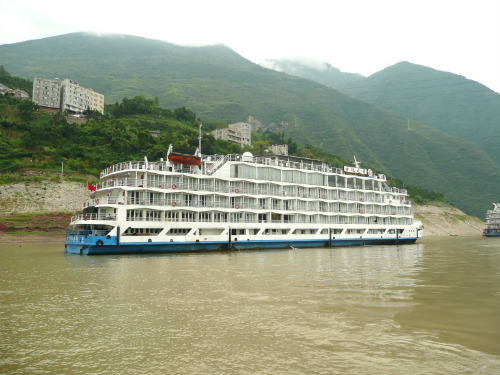 Although we had been on boats in the Whitsundays we had never been on one with large numbers of people and never in a foreign land. Our four day river cruise on the Century Star from Chongqing to Yichang in China was part of a larger tour we had organised with Travel China Guide.

Although it only takes 186 passengers, I expected to find people from many countries on our ship, but predominantly the tourists were Chinese. There was a bus load of Germans, a couple from Romania, a family of Canadians, a couple from Mexico and us. It made conversation with our fellow passengers difficult since we knew only one or two words in Chinese and they seemed equally ill-equipped. There was plenty of smiling and nodding and bowing, however! The crew’s command of English was not too bad, although it did occasionally make for hilarious misunderstandings, usually to do with getting the wrong food. There was a mixture of Chinese and Western food available and I, for one, really enjoyed the unlimited dumplings and other traditional dishes. 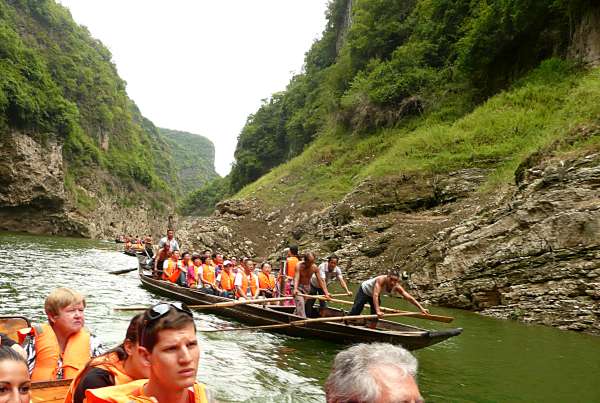 The land tours were interesting and included the Pagoda Temple at Shibaozhai, a small boat trip up the Shennong Stream and a tour of the Three Gorges Dam. 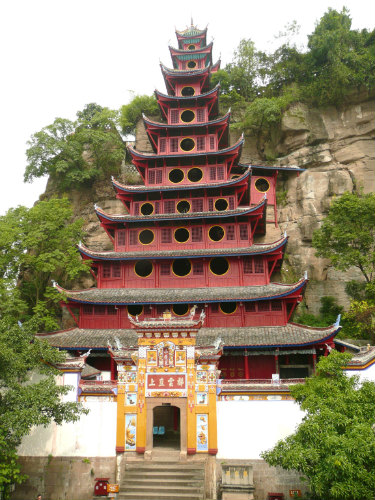 Unfortunately, during the Temple tour, Hubby picked up a gastric bug which laid him very low for a couple of days. If you saw the toilets there you would understand why! There was a doctor on board who spoke no English, but the Cruise Director translated for us. The treatment involved putting in a drip, since Hubby had become so dehydrated, and the administration of various tablets and mixtures. 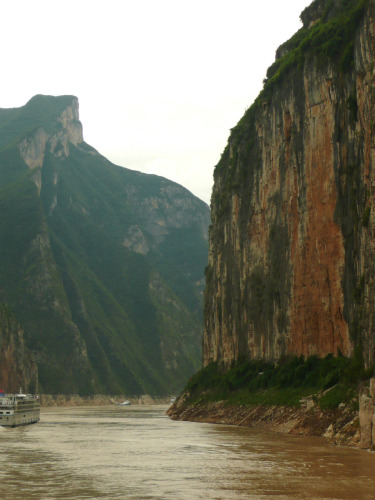 It meant he was confined to bed for a couple of days and missed seeing some of the spectacular scenery as we sailed through the gorges. Luckily he was better by the time we reached the Dam. We had brought hand sanitiser with us but the day of the Temple tour I had left it on the ship. 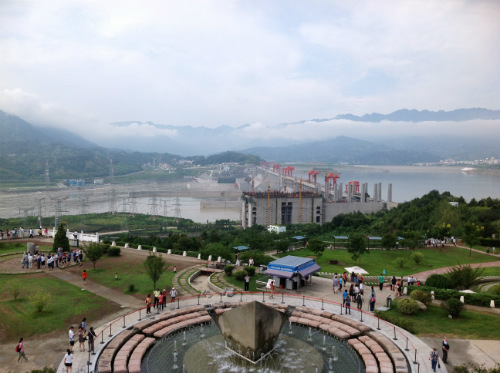 Readers please take note – take sanitiser with you everywhere in China and particularly on board a cruise if it is not already provided.