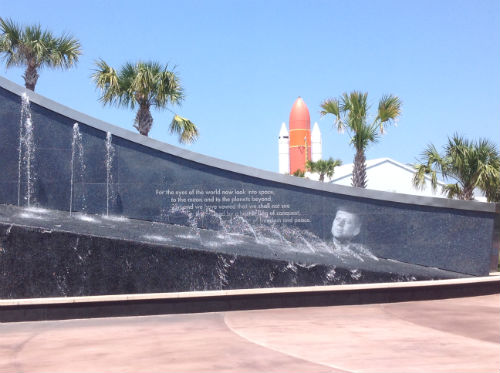 As a child of the Age of Space Exploration, I had grown up with tales of mysterious and awe inspiring deeds by both Russian and American astronauts. I remember ducking out of Uni one afternoon to go to a friend’s place with a few other students to watch the first moon landing in 1969. We couldn’t believe our eyes. So when a recent visit to Florida gave me the opportunity to visit the Kennedy Space Center, or Cape Canaveral as it was then known, I was keen not to miss it. 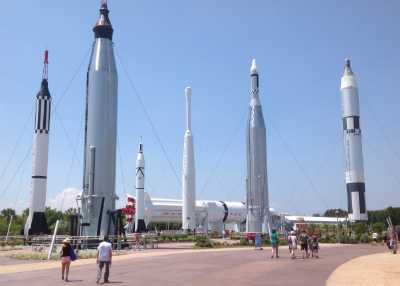 How fascinating it was to wander around the centre, seeing the life size rockets and re-entry capsules that were used then as well as the modern shuttles and booster rockets. NASA has had five space-flown shuttles – Columbia, Challenger, Discovery, Atlantis and Endeavour – and each is represented during a tour of the centre. 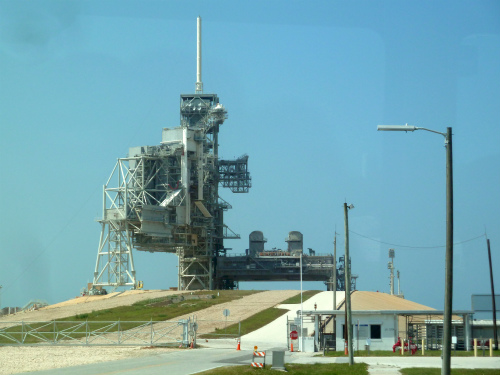 Regularly during the day buses leave from the main visitor centre and take tourists around the extensive Cape Kennedy facility to see the Vehicle Assembly Building, one of the largest buildings in the world,  where the Solid Rocket Boosters, External Fuel Tank and orbiter are combined to create the space shuttle vehicle as well as the Shuttle Launch Pads which have launched over 100 space missions. The tour concludes with a visit to the Apollo/Saturn V Center where you can experience a re-enactment with real film footage of the first moon landing and stand under the largest rocket ever made – the mighty Saturn V. 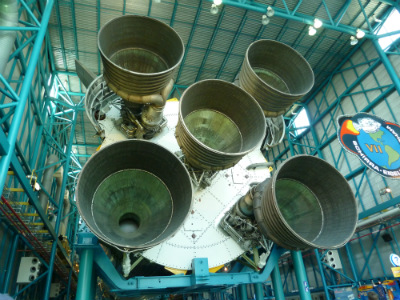 This monumental 363-foot rocket was America’s lunar transportation for a succession of astronauts who travelled to the moon and back, fulfilling the dreams and imagination of people around the world. 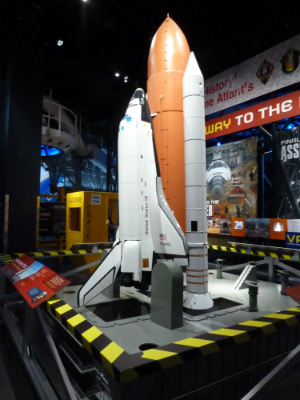 The Space Shuttle Atlantis attraction features state-of-the-art multimedia presentations and more than 60 interactive exhibits and high-tech simulators, such as the Launch Experience, that bring to life the complex systems and components behind this incredible feat of engineering.

The IMAX theatre entertains visitors with the story of the Hubble Space Telescope in 3D on a five-story screen. Leonardo Di Caprio narrates this epic experience. The second film made by 25 astronauts and cosmonauts and narrated by Tom Cruise, takes audiences on an incredible cinematic journey of discovery from planet Earth to the International Space Station. 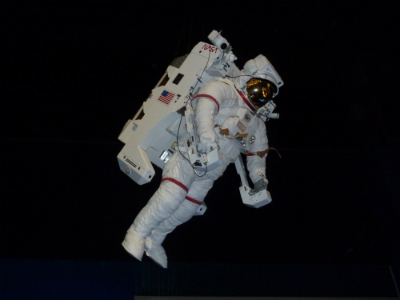 One sad note is the visit to the Astronaut Memorial which honors the men and women who have given their lives for space exploration. The names of NASA’s fallen astronauts are emblazoned on the monument’s black granite surface. It is a stark reminder of how many lives have been lost in the quest for mastery of space. 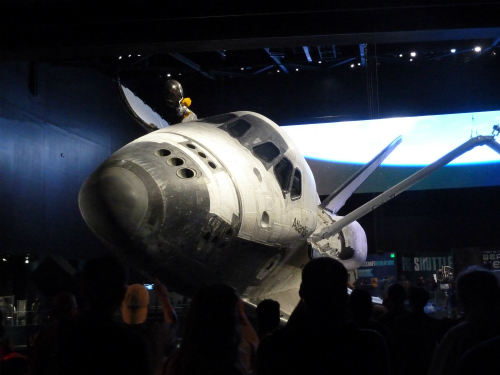 There are a lot more exhibits of interest to children such as the Angry Birds attraction and Meet the Astronaut, but we ran out of time. There is just so much to see and do and some attractions have set times so you need to manage your time carefully. But before leaving we could not resist the Gift shop. All sorts of space memorabilia and toys are available for sale from miniature space shuttles to freeze-dried space ice cream! You can bet we bought some of that.