The region of Champagne-Ardenne which gives its name to the white sparkling wine produced there, is located about 100 miles (160 km) east of Paris.  While the capital of the region is Chalons-en-Champagne, the towns of Reims and Épernay are the commercial centres of the area, with their Grands Maisons devoted to the production and distribution of this world-wide celebrated wine.

The Champagne house of Gosset was founded as a still wine producer in 1584 and is the oldest Champagne house still in operation today. Ruinart was founded in 1729 and was soon followed by Chanoine Frères (1730), Taittinger (1734), Moët et Chandon (1743) and Veuve Clicquot (1772). The famous vineyards of Champagne lie on the chalky hills to the south west of Reims, and around the town of Épernay. The principal grapes grown in the region include Chardonnay, Pinot Noir, and Pinot Meunier which are the only grapes allowed in the sparkling wine called Champagne, although grapes from different areas within the region have varying characteristics and are blended in differing amounts by the Champagne houses to create their distinct house styles. 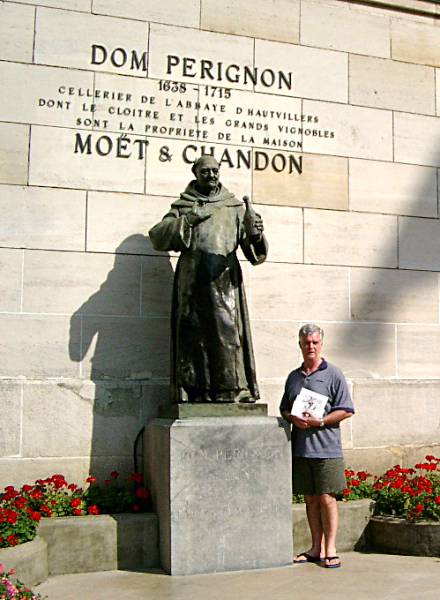 We arrived in Épernay late in the day and headed straight for Moët et Chandon. The condition of entry is to take the tour before the tasting and since the tour and tasting takes two hours, we discovered we were not allowed in as it was too close to closing time. Vin had to make do with a photo of wine hero Dom Pérignon, who was the major pioneer in the creation of the Champagne style of wine, and whose name adorns Moët et Chandon’s premier range of wines.

I had taken the tour years before, so was not as upset as Vin was.  At that time I had been touring France with our two daughters and since I was the only driver, I had to be careful not to sample too much. We were fascinated to see the tall “fountain” of champagne glasses with champagne reticulated through it, in the tasting room. During the tour of the cellars, we were able to see the old basket presses and learn about rémuage (riddling) which helps the residual yeast collect in the neck of the bottle, prior to freezing the neck and disgorging the small plug of frozen wine. The bottle is then topped up with some champagne liqueur before sealing with a cork. I made sure to buy some piccolo (200ml) bottles of (non-vintage) champagne to bring back home as souvenirs.

On this more recent visit, when we called in at the tourist office for winery information, we were surprised to find a tasting session in progress on behalf of local small producers. They were also  promoting a flanerie (wander) in the vineyards as a summer evening special event. So we took advantage of this and drove over to Avizes to the winery and home of Claude Corbon for a tour and tasting. I guess we should have realised – it was all in French! However with my translations and Claude’s PowerPoint presentation Vin managed to follow quite well. He was, after all, quite well versed already in the production of Méthode Champenoise! 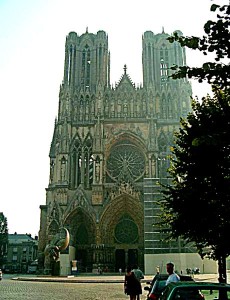 Our visit to Reims the next day began with a look at the Cathedral before seeking out the Champagne houses. Badly damaged in the first world war, the mediaeval cathedral – the site of the coronations of the French kings – has been painstakingly restored to its true glory and was again, unfortunately at the time, half covered by scaffolding and very misty in the early morning light.

There are a number of major Champagne producers in Reims such as Taittinger, Krug, Piper-Heidseick, Louis Roederer, Ruinart , Pommery and Veuve Clicquot Ponsardin, but we chose to do the tour and tasting at Mumm (George Herman Mumm & Co.).

Mumm’s label is famous for its red ribbon (Cordon Rouge), patterned after and resembling the French Grand Cordon of the Légion d’Honneur. Their signature Champagne is known as the Cordon Rouge, while they also produce a Rosé Cuvée made from predominantly Pinot Noir grapes. The Blanc de Blancs is also made in méthode champenoise style but totally from Chardonnay grapes selected from Cramant, a Grand Cru terroir from the Côtes des Blancs.

The other Grand Cru – Cuvée R. Lalou, honouring their long-time winemaker – is made from relatively even amounts of Pinot Noir and Chardonnay sourced from the finest, oldest and most characterful parcels within the G.H.MUMM vineyard.

The capital, Châlons-en-Champagne, is a very pretty town south of Épernay, with half-timbered shops and houses in the main street and a variety of good restaurants, where we had a memorable salade niçoise. The we were off again, to visit the renowned wine region of Burgundy, further to the south. And that’s another story! 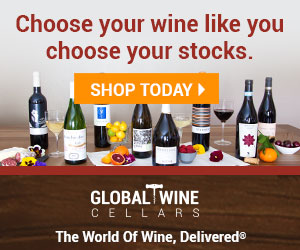