Mission Hills is China’s highest rated golf and leisure resort, and the world’s largest golf club according to the Guinness World Records. The 20-square kilometre golf complex features twelve 18-hole resort and championship courses designed by golfing’s best – such as Faldo, Dye, Els, Norman and Olazabal – set among the rolling hills of Shenzhen and Dongguan. Our trip around China could not fail to call in there, being as it was on the way from Guilin to Hong Kong.

We arrived late at night after a flight from Gulin and checked into the 23-storey Dongguan Resort. Tee time was early next morning, so the day began with an early buffet breakfast in the dining area of the Mission Hills Dongguan Clubhouse – the largest clubhouse in the world. We could not help noticing the appearance of the other breakfasting golfers. Golf is the sport of the new wealthier middle class and they take it very seriously. Regardless of the players’ skills, they were all outfitted in the latest and flashiest golf attire. We understood why once we visited the clubhouse Galleria – a vast complex of shops filled with only the world’s best stock in equipment and attire – much of it far more expensive than we would contemplate spending. No ordinary Pro Shop, this. 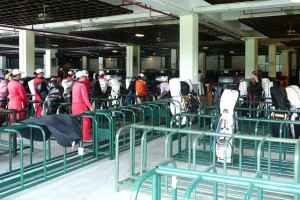 Then Vin was off to check in with the course master – no mean feat in this place. He was to play the Greg Norman Course. With five courses administered from this clubhouse, the organisation was efficient but somewhat confusing for the first-timer. After registering at the office downstairs Vin had to go and wait in a corral for his caddy to collect him. The area for marshalling was under the main building, like a parking level. The caddies all seemed to be women and were very enthusiastic. When the others in his group were ready they were picked up in their separate golf buggies and guided around the course. 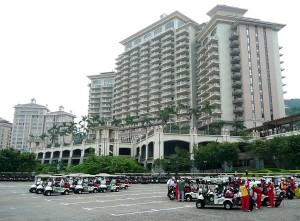 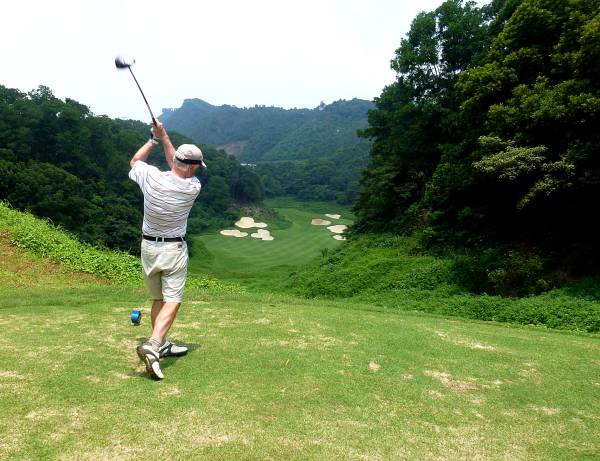 The Norman Par 72 course was designed with a nod to Australia’s sand-belt courses – narrow fairways surrounded by long, native grasses, 87 challenging sand bunkers, numerous water hazards and dense forest vegetation – giving it the reputation of one of the most difficult courses in Asia. The front nine weaves through mountain ridges and hillsides, while the back nine sits in a lush valley. 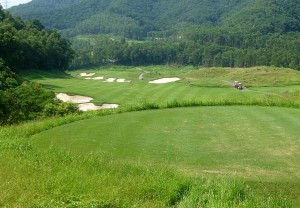 Many of the tees were elevated, giving spectacular views of the fairways below. The distance from tee to fairway, on occasion, was fairly long and somewhat intimidating if you were not able to drive the ball a reasonable distance. The novice player would do well to take extra balls. Vin really enjoyed the course despite language difficulties with the other players and caddies.

Nevertheless, the caddies were very knowledgeable of the course and offered astute advice on club selection.

Meanwhile I did what golf widows do on these occasions – I hit the Day Spa! The Forest Springs Spa in the Dongguan Clubhouse features  various traditional Chinese therapies and classic European treatments. It was lovely to have a pampering massage after all the travelling and various pillows and beds we had encountered during our trip. When Vin returned from golf he also had a sports massage before we had a quick lunch in the clubhouse and set off for the next adventure.

This involved taking a taxi into Shenzhen where we boarded a bus for the journey to the border at Futian Port, as we were advised this was the quickest means of entering Hong Kong. You may think that since Hong Kong was absorbed back into the Republic of China in 1997, becoming China’s first Special Administrative Region, that there would be no need for border control. However since Hong Kong enjoys a high degree of autonomy and is a separate customs territory, all travellers passing between mainland China and Hong Kong need to go through Immigration and Customs, which can be a very lengthy process as Shenzhen is a popular shopping destination for Hong Kong tourists. Our advice was correct and the process not too painful. 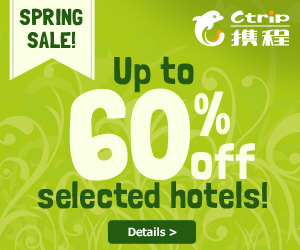 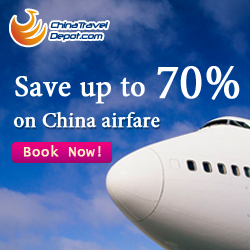